To share your memory on the wall of Wayne Nicholson, sign in using one of the following options:

Provide comfort for the family of Wayne Nicholson with a meaningful gesture of sympathy.

Wayne grew up on the family farm in West Williams Township where he enjoyed cash crop and dairy farming, followed later by pig farming. Wayne loved working hard and particularly working the ground and even doing a little landscaping at times. Remaining on the farm until the day came that the farm would be sold, Wayne later moved into the town of Parkhill and lived with his parents there until their passing. Never one of conform to the rules and expectations of others, but always known as a quiet, hardworking individual, Wayne moved to Mt. Brydges and eventually made his way to Chesley in his most recent years, settling at Chesley Place. Wayne will be remembered for his great love of farming.

Family will meet at M.Box & Son Funeral Home, 183 Broad Street in Parkhill on Friday, March 15, at 1pm and travel to the West Williams Cemetery for a service to remember and celebrate Wayne’s life. Arrangements are entrusted to M.Box & Son Funeral Home. Please leave a memory or condolence online at www.GilpinFuneralChapel.com
Read Less

We encourage you to share your most beloved memories of Wayne here, so that the family and other loved ones can always see it. You can upload cherished photographs, or share your favorite stories, and can even comment on those shared by others.

Posted Mar 19, 2019 at 10:19am
Tom and Jenny Sangster
Karon and family...our sympathy to all of you. Wayne and your family had always been good neighbours...hard workers. Thinking of you at this sad time.
Comment Share
Share via:
VV

Posted Mar 13, 2019 at 05:23pm
Karen and Family, Thinking of you at this time and sending our sincere sympathy. Albert and Veronica Vande4nbrink
Comment Share
Share via:
MC

Posted Mar 12, 2019 at 05:32pm
Karon and family
Sorry to hear of your loss. We are unable to attend the service due to previous appointment.

Our thoughts are with you at this time. 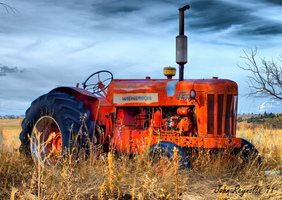