To share your memory on the wall of John Hood, sign in using one of the following options:

Provide comfort for the family of John Hood with a meaningful gesture of sympathy.

John was the loving, devoted husband... Read More
Hood, John Murdoch – October 1941 – March 2019
It is with sadness that the family of John Hood announce his passing at Centenary Hospital in Toronto, on March 22nd, 2019, at the age of 77.

John was a long time employee of Jarmain Cable TV (Rogers Cable) leading the Cable Industries success with his forward thinking and engineering developments. John took his cable knowledge and co-founded a very successful company called Comlink which was a leader in the Canadian communications industry.

A long-time member of the Whitby and Grand Bend Yacht Clubs, as well as the Whitby Amateur Ham Radio Club. “Captain John” will be forever remembered for his love of sailing and racing on Lake Huron and Lake Ontario and his enthusiastic love for marine and ham radios.

While his loss is overwhelming for us all, John would not want us to mourn; rather, he would look upon this as a great excuse for a social gathering with friends, music, and laughter. A service will be conducted at the St John’s by the Lake Church in Grand Bend on May 11, 2019 at 11am. interment to follow. A Celebration of John’s Life will be conducted where family and friends are invited to the Whitby Yacht Club on Saturday June 15th, 2019 from 1pm-5pm. In lieu of flowers, donations to the Whitby Yacht Club Junior Sail, 701 Gordon St, Whitby, ON L1N 5S4 905-668-1391 or the Grand Bend Yacht Club, PO Box 403, Grand Bend, On N0M 1T0 - contact olehammerberg@gmail.com would be appreciated.

We encourage you to share your most beloved memories of John here, so that the family and other loved ones can always see it. You can upload cherished photographs, or share your favorite stories, and can even comment on those shared by others.

Posted Nov 25, 2019 at 05:56pm
I was lucky enough to work with John at Comlink for 5 years, and stayed in touch with him after, via Pitt Communications/PCI/ATX. It was a complete surprise to learn via Michael Martin, that John had passed. I'm very sorry to learn he is gone, and have only the best memories of him - his generosity, good humour, intelligence and love of life.
Comment Share
Share via:
V

Posted Mar 30, 2019 at 01:41pm
Our sincere sympathy to Alma, Sandra and all of John's wonderful family. We always remember his huge smile and friendly demeanour. Lots of happy thoughts of Midnight Cove11at Siesta Key. May all of you find comfort recalling your many happy memories. Sorry we will be out of province on June 15th however our thoughts will be with you.
Sincerely. Don and Ann Couch
Comment Share
Share via:
CA

Posted Mar 27, 2019 at 12:16pm
A long time business and personal friend from the Cable and Comlink days. Nothing but good memories--easy going, dedicated, determined, trustworthy, honest, utmost integrity. All words that describe John for me. He will be missed.
Prayers to Alma and the family.
Comment Share
Share via: 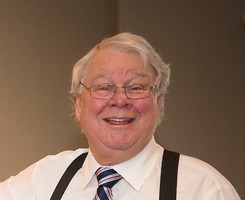 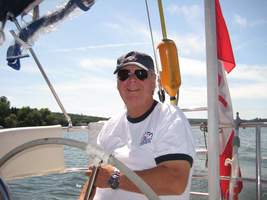