To share your memory on the wall of Bressette, Butch, sign in using one of the following options:

Provide comfort for the family by sending flowers or planting a tree in memory of Bressette, Butch

There may be a delay while processing. Please do not click the back button or refresh while a payment is processing.

Your donation has been processed successfully

Provide comfort for the family by sending flowers or planting a tree in memory of Bressette, Butch

Print
John “Butch” Bressette of Kettle and Stoney Point passed away on Thursday, September 12, 2019, surrounded by his family at the age of 52.

Butch was the cherished companion and best friend of Wendy Greenbird for over 20 years, living ... Read More
John “Butch” Bressette of Kettle and Stoney Point passed away on Thursday, September 12, 2019, surrounded by his family at the age of 52.

Butch was the cherished companion and best friend of Wendy Greenbird for over 20 years, living out their dreams together including their times fishing, golfing and playing bingo. Butch was a special mentor to his stepson Rob & Marley Greenbird.

Butch is predeceased by sisters Barbara Henry and Nicole Burridge and will be missed by his many Aunts, Uncles, family, and friends.

A huge Maple Leaf fan, Butch was a great cook and an avid golfer. Butch loved to hunt deer and duck whenever he wasn’t fishing for smallmouth bass at the Point, always accompanied by reminiscing and telling stories to his beautiful wife Wendy. Butch was honoured to serve in the Canadian Armed Forces in the militia and the U.S Armed Forces as an armoured crewman and carried on his serving by working with the local youth in the community.

A wake will occur from Friday, September 13, at 7pm until Monday, September 16 at 11am at 6120 Indian Lane in Kettle Point, followed by a service at the Kettle Point Community Centre at 1pm officiated by Pastor Murray Shawnoo. Interment will take place at the Kettle Point Cemetery with a reception to follow at the community centre. Arrangements entrusted to Gilpin Funeral Chapel, please leave a memory or condolence online at www.GilpinFuneralChapel.com
Read Less

Provide comfort for the family with a meaningful gesture of sympathy.

We encourage you to share your most beloved memories of Bressette, Butch here, so that the family and other loved ones can always see it. You can upload cherished photographs, or share your favorite stories, and can even comment on those shared by others.

From Jason, Laura, Zachary and Jaylynn Wolfe and Mark and Roxanne Hopper sent flowers to the family of Bressette, Butch.
Show you care by sending flowers

Posted Sep 14, 2019 at 07:50am
Kind, Gentle and always in good humour. Butch won't be forgotten. I am sorry for your loss. Please accept our deepest condolences. 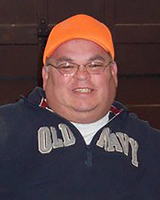 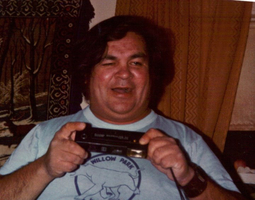 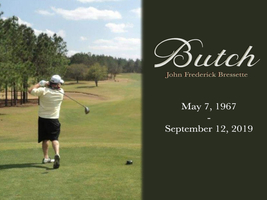 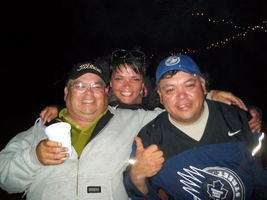