To share your memory on the wall of Denis Collins, sign in using one of the following options:

Provide comfort for the family of Denis Collins with a meaningful gesture of sympathy.

After marrying his sweetheart Patricia in 1959, Denis proudly graduated from the Metro Police Academy in London, England and served locally. Bobbi stick in hand, work involved variety of daily duties, even working a security detail for one of the early Beatles concerts. Shortly after Denis immigrated to Canada in 1967, Denis worked at a factory in order to save up to bring his family across from England. After being reunited with his family, Denis took on a position with the London Police Department and enjoyed at time working with the London Humane Society for almost 10 years. Denis embraced the honoured position as Sergeant at Arms for the City of London, where he served with pride from 1985 – 2002.

Denis was a proud father and made his children proud in the demonstration of his love for his family and through his work ethic. Denis has left a legacy in his children, Grandchildren and Great Grandchildren, a love that will be passed on for many generations. Denis’s four legged buddy Charlie will miss his human recliner and devoted companion.

A private family memorial will take place on Saturday, March 16, 2019 with a luncheon to follow. The family would like to express their sincere thanks to CEE Bluewater Health in Petrolia for the compassion and care for their Dad and the entire family. Donations are appreciated in Denis’s name to the Diabetes Association or the CEE Bluewater Health Memorial Fund.

We encourage you to share your most beloved memories of Denis here, so that the family and other loved ones can always see it. You can upload cherished photographs, or share your favorite stories, and can even comment on those shared by others.

Flowers were purchased for the family of Denis Collins. Send Flowers 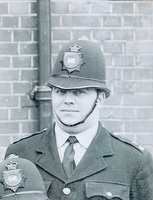 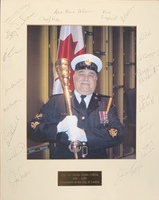 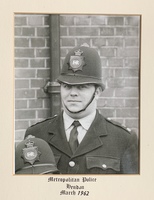