To share your memory on the wall of Terry Rogers, sign in using one of the following options:

Provide comfort for the family of Terry Rogers with a meaningful gesture of sympathy.

Print
Once A Friend – Always A Friend

Terry Ranson John Rogers, formerly of Forest and Kettle Point passed away peacefully, on Sunday, November 17, 2019, at Bluewater Health in Sarnia at the age of 55. Best friend and companion of Tammie St... Read More
Once A Friend – Always A Friend

Terry Ranson John Rogers, formerly of Forest and Kettle Point passed away peacefully, on Sunday, November 17, 2019, at Bluewater Health in Sarnia at the age of 55. Best friend and companion of Tammie Stoner, Terry, and Tammie shared over 10 years together.

Terry loved and was loved by his step-kids, Blair (Leanna), Gordie, Megan, Stacey (Shane), Billi (Shane), Janet, and his step-grand kids Kevin, Bauer, and Samantha. Terry will be missed by his siblings Stephen (Connie), Jim (Sandra), Mike (Kitty), Jeff, and Brad (Anita) as well as his in-laws Frances and Robert Stoner, Rhonda (Dean) and Rob (Sheri). Terry was a dear friend of Debbie Romphf and will be fondly missed by his many nieces and nephews. Terry is predeceased by his brother Scott and parents Jack & Shirley (Rogers) Milliken.

Terry was kind to everyone, giving the shirt off of his back if given the opportunity. Always a smile and always ready with a joke to crack. A gifted handyman, Terry could take on the task of fixing a roof or taking a beautiful photo of a thunderstorm or sunset. He was intrigued by the sights in nature and believed in doing everything at least once. A fisherman, who enjoyed the comradery of friends while sitting on his cooler, Terry loved to hear and tell stories, reminiscing about the details of family times and togetherness.

Family and friends are invited to the Forest Legion to Celebrate Terry’s Life on Friday, November 29, 2019, from 1 pm-4 pm, beginning with a formal program at 1 pm, Rev. Dr. Christine O’Reilly officiating. Donations are appreciated in Terry's name to Harm Reduction NLCHC or Teen Challenge.

We encourage you to share your most beloved memories of Terry here, so that the family and other loved ones can always see it. You can upload cherished photographs, or share your favorite stories, and can even comment on those shared by others.

Flowers were purchased for the family of Terry Rogers. Send Flowers

Posted Nov 18, 2019 at 03:58pm
You couldn't have a better shoulder to cry on..you were 1 of a kind and will be missed my friend..keep cracking those jokes up there and keep everyone on their toes...cherished and loved forever...Sprout and family.
Comment Share
Share via:

Posted Nov 18, 2019 at 03:39pm
Terry will always be remembered fondly by my whole family. Too many great memories to list. May you rest in peace old man
Love you forever 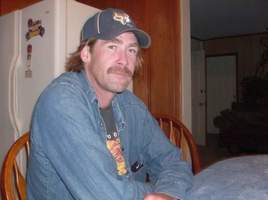 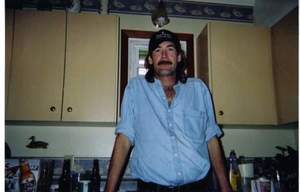 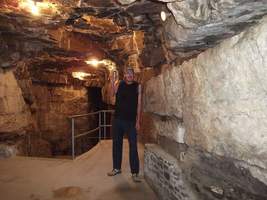