To share your memory on the wall of Doreen Grills, sign in using one of the following options:

Provide comfort for the family of Doreen Grills with a meaningful gesture of sympathy.

Doreen was born in the City of York in Yorkshire England October 21, 1922. As a child, Doreen enjoyed singing, dancing, drawing, and adventure. These interests followed her throughout her life. Accepted at the London Ballet school at the age of 15 and at 18 she joined a dance group that traveled throughout the UK. This continued through the war years. She met and married David Graham, an air force captain who was shot down and killed one week after their marriage. A year later, Doreen met and married a Canadian air force pilot, Don Grills. They were together for 58 years until his death in 2003.

Don and Doreen moved to Canada after the war and ran a hunting and fishing lodge in Algonquin. Hoping to raise a family, they moved to Toronto and held jobs as an engineer for Di Haviland Airways (Don) and Doreen as a bank teller. Here Doreen continued to dance and learn to flamenco and use castanets. She also used pencil crayons and watercolor to recreate some of her favourite vacation spots. In their late forties, they had no children and decided to sell their home and all possessions and ordered a Volkswagen camper. They flew to Europe, picked up their camper and never looked back. Doreen is remembered as saying it was the most wonderful feeling of freedom she ever had, owning nothing.

They traveled extensively in Europe on very little money. They took house sitting jobs in Spain or Morocco. They visited friends and family in the UK often, then they discovered Mexico and the Lake Chapala area. Living in the area for 10 years, Doreen taught dance and Don was a handyman and the community became their home. Doreen wrote and choreographed musicals and continue to draw and paint the landscape. She loved the Mexican culture, music, and the Spanish language.
When they turned 65, they began to live half time in Riverview Florida and the other half near her sister June, until Don’s passing at the age of 81. Doreen created a yearly musical at the Riverview community. Many of the park residents were involved. Many sang and danced before an audience for the first time in their lives.

On moving back to Canada full time, she continued to teach line dancing into her late eighties. She lived her life loving friends, art, music, wine, and theatre. She had an extraordinary life lived to the absolute fullest.

Family and friends continue to celebrate Doreen’s extraordinary life and will join together for a private time to celebrate their many memories. Doreen’s family would like to thank the wonderful, caring staff at Chartwell Long Term Care in Parkhill. Your compassion, genuine interest, and love was so evident.

We encourage you to share your most beloved memories of Doreen here, so that the family and other loved ones can always see it. You can upload cherished photographs, or share your favorite stories, and can even comment on those shared by others. 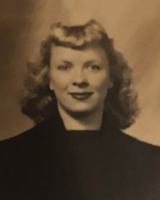 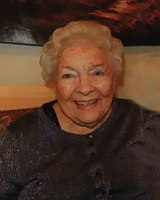